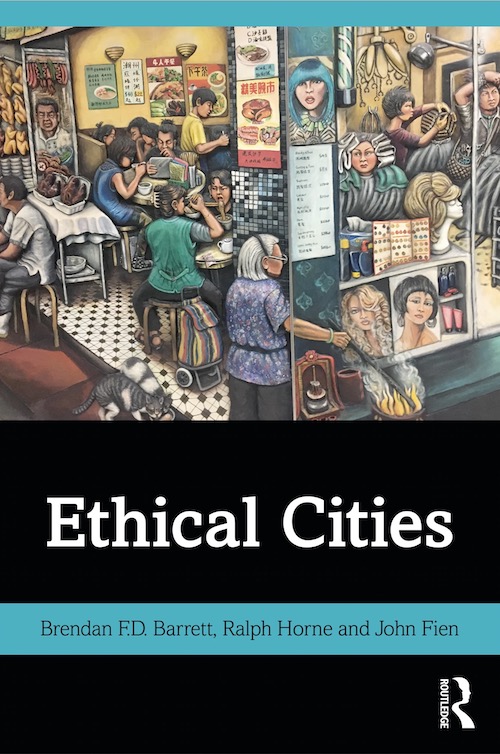 The book presents a conceptual framework for understanding the place of ethics in cities. As a guide to local action, it combines aspects of the sustainable and resilient cities agendas, together with those from social justice studies, and incorporating concerns about good governance, transparency and accountability.

The book argues that the ethical city is a logical next step for critical urbanism in the era of late capitalism, characterized by divisive politics, burgeoning inequality, widespread technology-induced disruptions to every aspect of modern life, and existential threats posed by climate change, sustainability imperatives and pandemics. 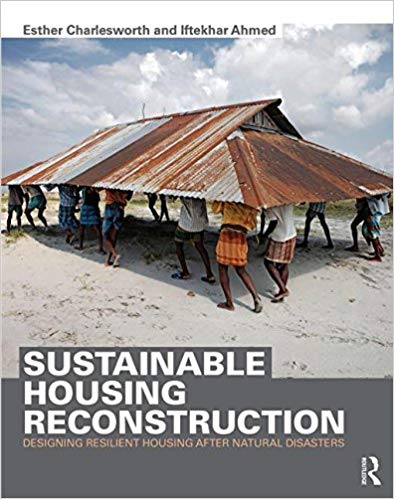 Post-disaster housing is shown to be not only about rebuilding destroyed houses, but also building safer homes and a resilient community; the book highlights community involvement and integration with community infrastructure and livelihoods as key elements of effective reconstruction.

According to a reviewer, Brett Moore, "This detailed and colourful book is essential reading for those involved, covering a range of disasters, typologies and program approaches, putting the interests of affected people at the centre of the debate." 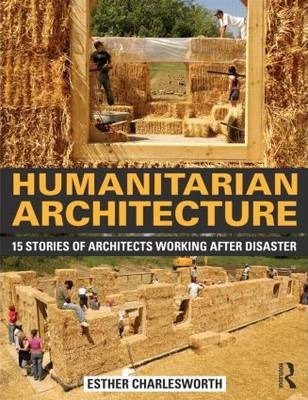 This book documents and analyses the expanding role for architects in designing projects for communities after the event of a natural disaster. The fifteen case studies featured in the body of the book illustrate how architects can use spatial sensibility and integrated problem-solving skills to help alleviate both human and natural disasters.

The interviews and supporting essays show built environment professionals collaborating with post-disaster communities as facilitators, collaborators and negotiators of land, space and shelter, rather than as ‘save the world’ modernists, as often portrayed in the design media. The goal is social and physical reconstruction, as a collaborative process involving a damaged community and its local culture, environment and economy; not just shelter ‘projects’ that ‘build’ houses but leave no economic footprint or longer-term community infrastructure.

What defines and unites the architects interviewed for Humanitarian Architecture is their collective belief that through a consultative process of spatial problem solving, the design profession can contribute in a significant way to the complex post-disaster challenge of rebuilding a city and its community. 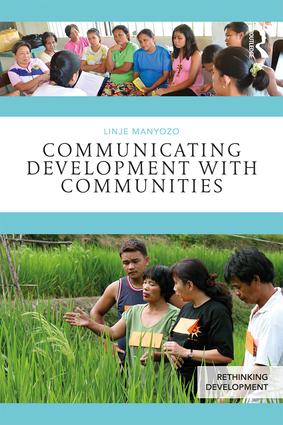 Development theory and practice are often taught in a manner that strips them of their historical context and obscures alternative intellectual assumptions and critical frameworks. This prevents students from acquiring a holistic understanding of the world and consequently, when it comes to development practice, most lack the skills to live and engage with people.

It has become crucial to properly consider what it means to conceive and implement participatory development out in the field and not just in the boardroom. Building on the work of Robert Chambers and Arturo Escobar, Communicating Development with Communities is an empirically grounded critical reflection on how the development industry defines, imagines and constructs development at the implementation level.

Unpacking the dominant syntax in the theory and practice of development, the book advocates a move towards relational and indigenous models of living that celebrate local ontologies, spirituality, economies of solidarity and community-ness. It investigates how subaltern voices are produced and appropriated, and how well-meaning experts can easily become oppressors. The book propounds a pedagogy of listening as a pathway that offers a space for interest groups to collaboratively curate meaningful development with and alongside communities.

The Handbook of Contemporary Indigenous Architecture 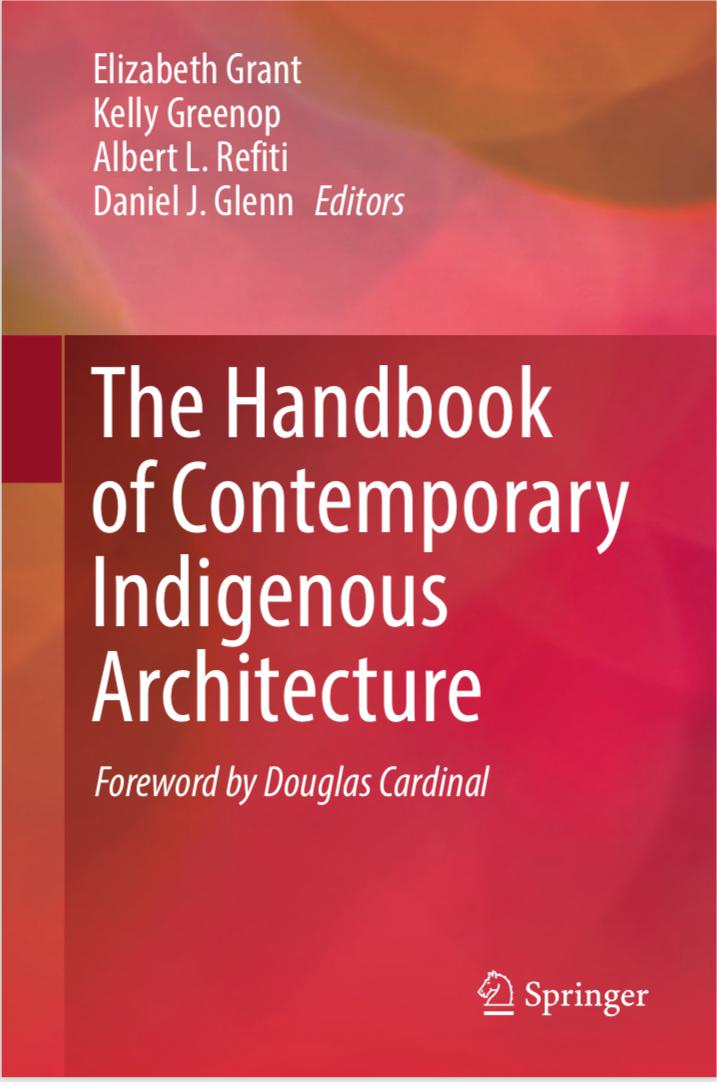 It captures the breadth and depth of contemporary work in the field, establishes the historical and present context of the work, and highlights important future directions for research and practice. The topics covered include Indigenous placemaking, identity, cultural regeneration and Indigenous knowledges.

The book brings together eminent and emerging scholars and practitioners to discuss and compare major projects and design approaches, to reflect on the main issues and debates, while enhancing theoretical understandings of contemporary Indigenous architecture.

An indispensable resource for scholars, students, policy makers, and other professionals seeking to understand the ways in which Indigenous people have a built tradition or aspire to translate their cultures into the built environment. It is also an essential reference for academics and practitioners working in the field of the built environment, who need up-to-date knowledge of current practices and discourse on Indigenous peoples and their architecture. 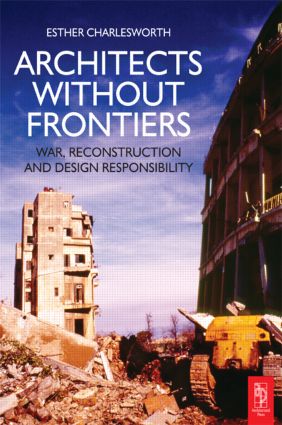 From the targeted demolition of Mostar's Stari-Most Bridge in 1993 to the physical and social havoc caused by the 2004 Boxing Day Tsunami, the history of cities is often a history of destruction and reconstruction. But what political and aesthetic criteria should guide us in the rebuilding of cities devastated by war and natural calamities?

The title of this timely and inspiring new book, Architects Without Frontiers, points to the potential for architects to play important roles in post-war relief and reconstruction. By working "sans frontières", Charlesworth suggests that architects and design professionals have a significant opportunity to assist peace-making and reconstruction efforts in the period immediately after conflict or disaster, when much of the housing, hospital, educational, transport, civic and business infrastructure has been destroyed or badly damaged.

The book examines the role of architects, planners, urban designers and landscape architects in three cities following conflict - Beirut, Nicosia and Mostar - three cities where the mental and physical scars of violent conflict still remain. This book expands the traditional role of the architect from 'hero' to 'peacemaker' and discusses how design educators can stretch their wings to encompass the proliferating agendas and sites of civil unrest. 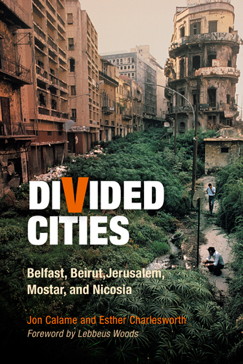 Divided Cities explores the logic of violent urban partition along ethnic lines—when it occurs, who supports it, what it costs, and why seemingly healthy cities succumb to it. Planning and conservation experts Jon Calame and Esther Charlesworth offer a warning beacon to a growing class of cities torn apart by ethnic rivals.

Field-based investigations in Beirut, Belfast, Jerusalem, Mostar, and Nicosia are coupled with scholarly research to illuminate the history of urban dividing lines, the social impacts of physical partition, and the assorted professional responses to "self-imposed apartheid."

Through interviews with people on both sides of a divide—residents, politicians, taxi drivers, built-environment professionals, cultural critics, and journalists—they compare the evolution of each urban partition along with its social impacts. The patterns that emerge support an assertion that division is a gradual, predictable, and avoidable occurrence that ultimately impedes intercommunal cooperation.

Communication, collaboration and advocacy: a study of participatory action research to address climate change in the Pacific

Rogers, J. and Werner, J. 2015. Beyond anticipation. Designing climate futures, Proceedings of the Annual Conference of the Higher Education Research and Development Society of Australasia, pp. 493-504.

The Impact of urban form on disaster resiliency: A case study of Brisbane and Ipswich, Australia

Neighbourhood Disaster Resilience Index: A validation in the context of Brisbane and Ipswich 2010/2011 floods

A stakeholder approach to building community resilience: awareness to implementation

Collaboration and communication: Building a research agenda and way of working towards community disaster resilience

Manyozo, L. 2016. Critical reflections in the theory versus practice debates in communication for development training, MedieKultur: Journal of media and communication research, vol. 32, no. 61, pp. 116-134.

Disaster risk reduction education in Indonesia: Challenges and recommendations for scaling up

The influence of critical infrastructure interdependencies on post-disaster reconstruction

Mulowayi, E., Coffey, V., Bunker, J. & Trigunarsyah, B. 2015. The influence of critical infrastructure interdependencies on post-disaster reconstruction. Proceedings of the 31st Annual Conference of the Association of Researchers in Construction Management (ARCOM), pp. 135-144.

Designing Life after the Storm: Improvisations in Post-Disaster Housing Reconstruction as Socio-Moral Practice

If the house fits: The political ergonomics of design thinking for Post-Yolanda shelter development